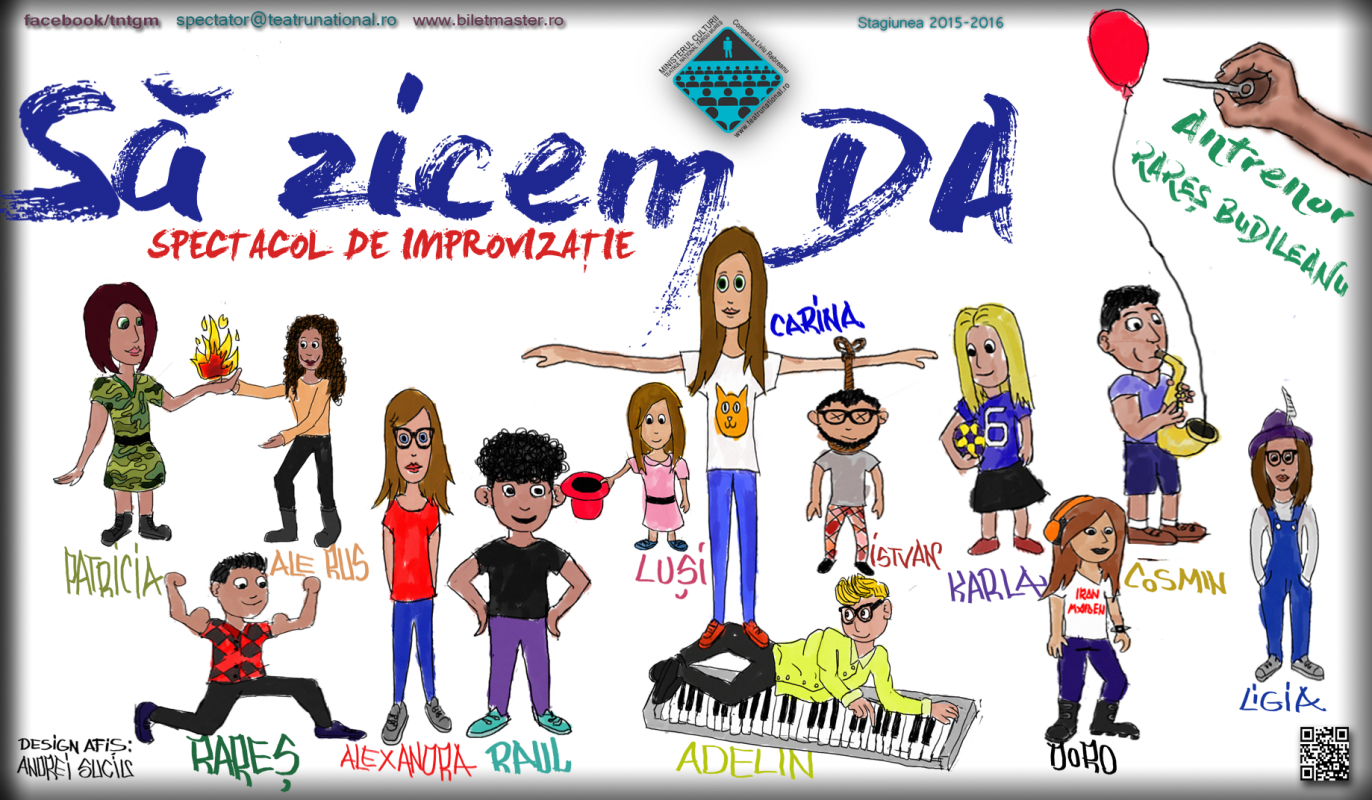 „Let’s Say YES! production is made of a series of improvisational exercises conducted by trainer Rareş Budileanu with a team of 13 young actors. Let’s Say YES! is in fact a Mini-Improvisation Championship with high-school actors. Guga Junior Group is an educational theatre project that takes place at The National Theatre of Târgu-Mureş as a set of workshops of drama, set design and playwriting for pupils. The aim of these workshops is to create productions and exhibitions. Let’s Say YES! is based 100% on improvisation. It has no prewritten script nor direction but a few young improvisers coming in front of the audience ready to accept their propositions and following, thus, the first rule of improvisation: saying YES to the unpredictable.

Our performance is made by young people willing to be different by trying new things and challenging the audience to join ourselves. The audience has a acrucial role in this performance because of its interactive nature. It is very important to succeed creating unpredictable situations and to have a genuine good time because this is reflected by the audience.”Rareş Budileanu – trainer

Dear Visitor!
Our new website is under update. Thank you for your understanding.